How Does a New Hampshire Homeowners Insurance Deductible Work?

Deductibles are a common feature in many insurance policies, and are found in the vast majority (if not all) of homeowners policies. The following is an explanation of how a New Hampshire homeowners insurance policy’s deductible works and how to go about choosing a deductible amount for your policy.

How Does the Deductible on My New Hampshire Homeowners Insurance Work? 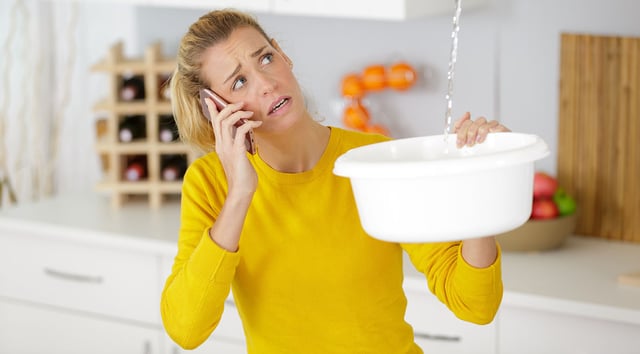 The purpose of a deductible is to decrease the number of small insurance claims that get filed. Deductibles discourage small insurance claims by requiring the policyholder to pay the first portion of a covered loss out-of-pocket. Thus, filing a claim for anything less than the deductible is pointless. Sometimes, it’s even wise to not file a claim for just over the deductible amount if the claim will increase future premiums more than what the insurance company will pay.

When you file a claim against your homeowner's insurance policy, an estimate of damage is usually determined by an adjuster representing the insurance company. If the damage is relatively minor, an appraisal by a contractor of your choice may be allowed, as long as approved by the company.

For a covered claim, once the estimate is agreed upon by you and the insurer, the company will issue you a check for the amount of damage, less your deductible, and up to the policy limit.

In most cases, the payment on a covered claim goes as follows:

Is My Homeowner's Deductible Paid Once per Policy Term?

Homeowner's insurance is not like health insurance, where you reach an out-of-pocket expense, and the rest is picked up by the insurance company.  Your deductible will apply per occurrence, so if you had the unfortunate circumstance of a tree damaging your garage in January, a power surge in March, and a robbery in June, you would be responsible for all three deductibles.

Does My Deductible Apply to Each Coverage?

It is not uncommon to have a claim that impacts both the dwelling as well as contents.  An example of such a claim is a fire loss.  In this case, both the home itself and personal property is damaged, but typically only one deductible would apply.

Another common loss we see as agents is a homeowner that backs their car into the garage, (meaning literally into the garage).  In this case, the home is damaged (and subject to the homeowner's deductible) as well as the car (typically subject to the auto policy's collision deductible).  If your home and auto are with the same insurance company, they may have a policy condition within the contract to waive one of the deductibles, but not always.

While the concept of a deductible is reasonably straightforward, the matter becomes a little more complicated in some homeowner's policies.

For example, coastal homes have a higher susceptibility to damage due to high winds.  Many insurance companies do not offer coverage for beachfront homes within a mile of the coast.  Those that do may offset the coverage with a percentage deductible specific for wind.

An example could be a home located in Rye, NH, with the standard homeowner's deductible at $1000, and a wind deductible at 2%.  If a home with $500,000 in dwelling coverage was damaged from wind during a Nor' Easter, the deductible would be $10,000, not $1,000.  The percentage applies to the dwelling amount, not the estimate of damage, so it is essential to look at your policy to see if there are different deductibles.

Select Deductibles You Can Afford

You can usually select from a few different deductible options when you purchase a homeowner's policy. What deductible is right for you depends on your situation.

To get the lowest possible premiums, select a higher deductible option. As a policy’s deductible increases, the insurer’s risk exposure decreases, and they typically reduce premiums accordingly.

If you’re more concerned about potential out-of-pocket costs, you may want a lower deductible. In general, it’s a good idea to have a deductible that’s no larger than what you could afford to pay in the event of an emergency or unexpected claim.

If you need help weighing the advantages and disadvantages of different deductible options, talk with an insurance agent as they can quote you various deductibles to see the impact on the premium.

To speak with a knowledgeable agent, contact us at HPM Insurance. Our independent agents have helped many New Hampshire homeowner's set up insurance policies that are tailored to their particular situations, and we’re happy to assist you with your homeowners insurance needs.

© 2020 HPM Insurance | Privacy Statement | This material is for informational purposes only. All statements herein are subject to the provisions, exclusions and conditions of the applicable policy, state and federal laws. For an actual description of coverage, terms and conditions, please refer to the applicable insurance policy or check with your insurance professional. The illustrations, instructions and principles contained in the material are general in scope and, to the best of our knowledge, current at the time of publication.