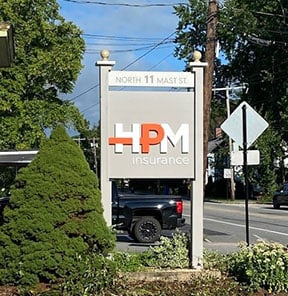 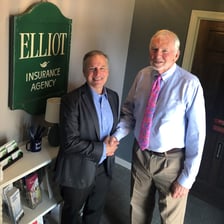 The Geographical Crossroads of Goffstown

Goffstown is picturesquely situated along the Piscataquog River, which runs along town center. The town was settled here in 1734 partly because the river provided easy transportation downstream, but today the river is primarily a backdrop that’s tranquil and full of nature.

Even with the advancements in transportation that have been made since the days of river travel, Goffstown has remained a notable crossroads in New Hampshire. Manchester is less than 9 miles to the west, and Concord (the state capital) lies 16 miles to the north. The town serves as a peaceful suburb for many who work in these cities, and it’s often a stopping point for travelers along New Hampshire Routes 114 and 13.

Like most places in New Hampshire, Goffstown is buffeted by mountains and has two of its own. The twin peaks of the Uncanoonuc Mountains dominate the skyline no matter where one is in town. 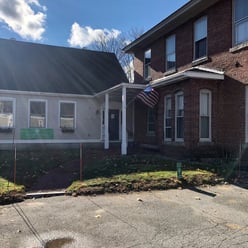 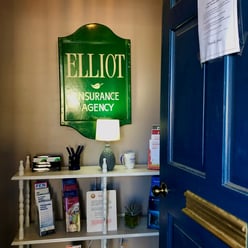 The history of Goffstown predates when it was settled, for Native Americans frequently inhabited the land before English settlement. Official records begin in 1734, however.

England initially granted “Narragansett No. 4” to the descendants of soldiers who fought in King Phillip’s War (the Narragansett War). The war took place in 1675, and this was one of seven tracts along the river given in appreciation of service at that time.

Merely a year after receiving the tract, the town was abandoned by the settlers who’d been given it. They lobbied that the land was “so poor and barren as to be incapable of making settlements,” and gained access to a Greenwich, Massachusetts tract instead.

Major town development then was postponed for 13 years, until Governor and proprietor Benning Wentworth granted the land to new settlers. This group of settlers did successfully start a settlement and grew it. Among the first of these settlers was Colonel John Goffee, for whom the town is now named. Goffstown was officially incorporated in 1761.

Public life became centered around a church, as was the case throughout New England at the time. The founding of a congregational church in 1771 marked a major milestone in the town’s history because it provided legitimacy and showed that the town would remain. From the congregational structure of the church, we know that the settlers were predominantly Irish and Scottish. They’d descended from Presbyterians in the Old World and developed a similar form of church government.

The first major industry in Goffstown was timber, for trees could be felled and sent downstream to Portsmouth. The height and straightness of the trees made them highly useful in shipbuilding, especially because many could be used for masts.

Since the advent of powered and metal ships, timber has fallen by the wayside. Goffstown has since economically relied on a hospital, a prison, farms and suburban businesses.

Public Schools and College in Goffstown

The most notable school in town is Saint Anselm College, which is a Benedictine liberal arts college. Although relatively small, the college is known for its New Hampshire Institute of Politics. The institute brings in hundreds of politicians and dignitaries each year, and has been host of the New Hampshire primary presidential debates since 2004.

Talk to an Insurance Specialist in Goffstown