How Does a Trampoline Impact my Homeowners Insurance in 2021? 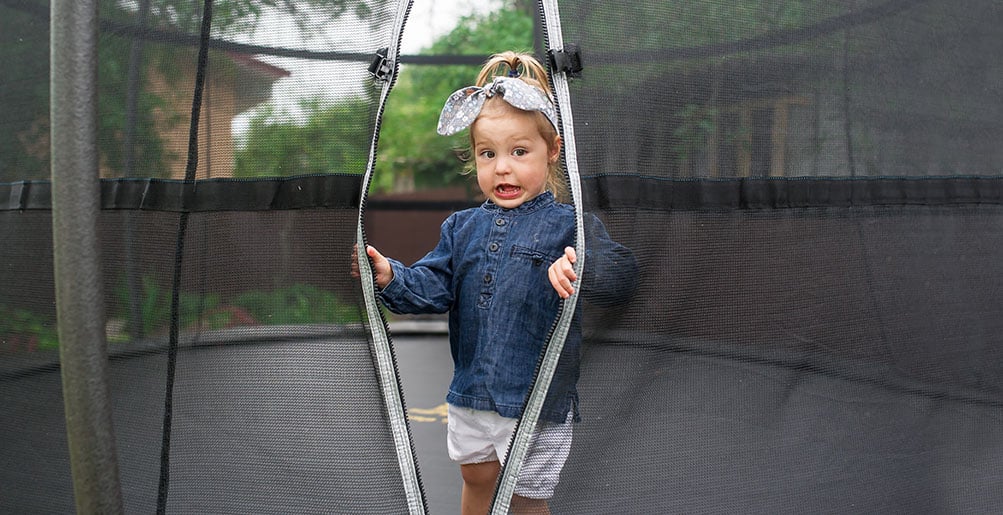 Will My NH Home Insurance Get Cancelled If I Have a Trampoline?

If you have children and live in NH, it is inevitable.  You will be asked, begged really, to get a trampoline.  You want to say yes, but somewhere in the back of your mind, you recall hearing something about someone's homeowner's insurance being canceled for owning one.  Before answering your pleading child, you should understand how owning a trampoline can impact your homeowner's insurance policy.

How Can Homeowners Insurance be Impacted by Owning a Trampoline?

As with most insurance questions, it depends.

It is strongly advised that you talk to your insurance agent before you get one to determine if the company allows ownership of one or not per their underwriting requirements.  If trampolines are acceptable to the company you will still want to pay attention to any specific requirements, like netting or padding.

If you are adamant about getting a trampoline, this may mean you will have to switch insurance companies, which may or may not be an issue.  If you have had a claim in the past few years or perhaps have a home that could use some TLC, you could wind up opening Pandora's Box, with the trampoline being the least of your issues.

Maybe your new insurance company is okay with you owning the trampoline but has a problem with your roof's age and now you have to replace it sooner than you wanted.  A new company means new underwriting and, most likely, a new inspection.  Before changing insurance companies for the sake of a trampoline, I would be sure your home is in good shape and could pass inspection without an issue.

What if I don't tell my home insurance company about my trampoline?

If you have a company that does not allow a trampoline, but you get one anyway, a cancellation or non-renewal notice will most likely be issued if the insurance company finds out.  This can happen if the company does an inspection or the agent is notified.  This would require you to find a new insurance company unless you permanently remove the trampoline from your home.

You may take the position that you won't tell your existing company about your new trampoline; however, this is not recommended.  Unless you read your insurance policy, you may not realize there is a trampoline exclusion.  This would mean that the company would not cover any lawsuit involving a trampoline. 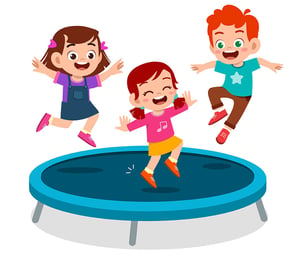 Will I pay more for NH home insurance if I own a trampoline?

Though some insurance companies may now have the ability to carve out a price for a particular risk, like ownership of a trampoline or a woodstove, that is not typically the case.  Usually, the insurance company either allows them or not.

Most insurance companies do not specifically charge for a trampoline because it is  difficult for an insurance company to calculate a potential liability loss and charge the appropriate fee.  $20, $50 or even $100 will hardly cover the potential payout, plus legal fees, to even make the charge worthwhile.

What if I go to a new insurance company and decide not to mention the trampoline?

If you are shopping for insurance and decide not to tell your agent or company about an existing trampoline, you are taking a considerable risk.  (Note, please do NOT ask your agent not to tell the company.  This request puts the agent in a terrible position. By written contract, the agent is required to disclose all facts to the company.)

Suppose it is proven that you did not disclose on the application owning something that is considered a material misrepresentation (like a trampoline). In that case, coverage for any claim can be denied.  This could include a liability claim stemming from a trampoline injury to any claim, even a total fire loss.  The reason insurance companies take a tough stand on trampolines is because even if the claim had nothing to do with the trampoline itself, had the underwriter known about the trampoline in the first place, your home would not have been written

If not written, there would not be a claim that would now have to be covered.

Suppose you already have an existing homeowner policy and decide to buy a trampoline. In that case, that is not necessarily a material misrepresentation as you signed your homeowner's application based on the facts at that time.  There may be coverage for a liability claim stemming from owning a trampoline; however, it is suggested that you double-check with your carrier for the reasons stated above.

Can my homeowner's insurance company cancel my policy for owning a trampoline?

Yes - if the carrier does not allow trampolines based on their underwriting guidelines, the company has the legal right to issue a cancellation notice; however, you would be notified in advance.

How is it even the insurance company's business that I own a trampoline!

Are injures caused by playing on a trampoline covered by my NH home insurance policy?

It depends.  If your insurance company allows for trampolines, there would most likely not be a problem with coverage.  If they do not, there would definitely be some questions about when you got the trampoline with the possibility of coverage being denied.  If there is a trampoline exclusion specifically on the policy, then there would not be any coverage offered through the policy.

Are there any NH homeowner insurance companies that allow trampolines?

Yes - at HPM Insurance, we have a couple of carriers that will allow them.  In thinking about this, do you want to limit your options?  What if you could save a significant amount of money elsewhere with an insurance company who does not allow trampolines?  Is the trampoline worth it to you?  There is no right or wrong answer.  It just depends on what you want to sacrifice for the trampoline.

What if I am a landlord and my tenant owns a trampoline - can I be sued?

Absolutely!  Never allow a tenant to own a trampoline.  It would be best if you clarified this in the lease, up-front, so there is no room for misunderstanding.  It is hard enough to control what our own children and family do, let alone a tenant. If someone is injured on the trampoline of your tenant, you will most likely get dragged into the suit as well because you own the property.  Given the high incidents of injury, you are exposing your financial wellbeing.

Since initially publishing this blog in 2014, according to the Mayo Clinic, The American Academy of Pediatrics strongly discourages the use of home trampolines.

I also found numerous articles online that link trampoline statistics to the websites of lawyers!  If that doesn't tell you that a trampoline is a lawsuit ready to happen....

The frequency and severity of injury is too great.  In 2006, the Consumer Product Safety Review estimated that trampolines caused 109,522 injuries.  Of these injuries, 71,265 were suffered by children from 5 - 14 years old.  104,729 were treated and released in emergency rooms, while 4,793 were either hospitalized or killed.

Though no specific figures could be found and verified to the average trampoline settlement amount, these numbers shed light on why insurance companies don't like the risk.  Even if each claim were settled for $1,000, which is a severely low estimate, that is already more than $1 million.

In short- don't get the trampoline.  The physical and financial risk is too high.  Stay safe!

© 2020 HPM Insurance | Privacy Statement | This material is for informational purposes only. All statements herein are subject to the provisions, exclusions and conditions of the applicable policy, state and federal laws. For an actual description of coverage, terms and conditions, please refer to the applicable insurance policy or check with your insurance professional. The illustrations, instructions and principles contained in the material are general in scope and, to the best of our knowledge, current at the time of publication.