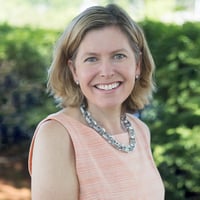 April Weismann grew up in the insurance industry, and now she is leading it.

With an eye toward spreading the word regarding the independent insurance agent model  and benefits to the organization's 1,500 members, Weismann was installed as the New Hampshire Association of Insurance Agent's 119th chairperson, a year-long position, at NHAIA's annual convention on October 2nd.

Weismann is the vice president of business development and communications for HPM Insurance in Amherst, and it is that skill set, along with her life's worth of experience around the insurance business, that she expects will aid in her mission of encouraging her fellow agents to get involved.

“April has a fundamental understanding of the insurance industry that comes not just from learning about it but from living it,” said NHAIA President Chris Nicolopoulos, noting that Weismann’s late father, Jack McBriarty, was the founder and long-time owner of McBriarty Insurance in Milford, which Weismann helped to run for 10 years before the family sold to HPM Insurance in 2010.

“Most importantly, she knows that an informed agent makes the best possible advocate for his or her insurance customers, which is the whole point.”

In her current role at HPM, Weismann handles marketing and communications and is part of the company’s leadership team. She has been a member of the NHAIA board of directors since 2014, and in that time has gone from zero to sixty in terms of comprehending what the state association does.

“When I was first asked to join the board, I was hesitant, because just like everyone else I was busy, and I wasn’t quite sure what the association actually did,” she said. “I’ve learned it does quite a bit, which is what I want to be sure all of our members understand as well.”

Weismann said she will have a particular focus on the association’s Young Agents Committee in order to encourage the future of the industry to take a leadership role.

“Having vibrant, engaged and purposeful young agents is an important piece in moving the association and industry forward,” she said.

Weismann lives in Southern New Hampshire with her husband, Ted, and two boys, Theo and Ollie. She enjoys traveling, music, running and cooking.